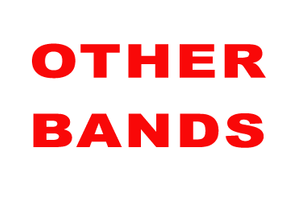 Planet Alliance was a one-off project put together by RoastingHouse Studios and based around Cloudscape singer Mike Andersson. Janne was asked to play guitar on a couple of songs. The songs he plays on are “The Quickening” (also featuring Bob Daisley and Anders Johansson), "The Great Unknown", "Rise" and “Divided We Stay” (featuring Magnus Rosen, Jaime Salzar and Mattias Ia Eklundh). "Rise" was only featured on the Japanese edition, plus he wrote one song “The Great Unknown”. The album was re-issued digitally in 2017.

Ever since Janne first recorded with Locomotive Breath in Pelle Saether’s studio, the two had been in touch. In 2004 Pelle’s Kansas influenced band Zello had been asked to re-release the second album, but with added guitar (the original album had no guitar, only keyboards, violin, bass, drums and vocals). So, Janne, also a big Kansas fan, was asked to record rhythm and lead guitars for the second album “Quodlibet”. As it now became, more or less, a new album (other parts were also re-recorded, it was re-mixed and new tracks added), it was re-titled “First Chapter, Second Verse” and with new artwork, also by Janne.

Janne was asked to write the music for a chant for a local team hockey team. The band was basically Locomotive Breath with the help of a couple of friends, one being famous comedian Janne “Loffe” Karlsson, who also handled lead vocals on a heavy metal version of the Swedish national anthem, “Du gamla du fria”, also featured on the EP. Released a CD EP only.

Janne was asked to write the music for a chant for a local football (soccer) team, Mjällby. The song also features singer Fredrik Svensson (Gabria) and drummer Peter “TrumPeter” Svensson (Faith, Mercy etc). It was released as a CD single.

Teenage Rampage was a project that never took off. It was initiated by Italian singer Chris Catena. The band recorded a couple of songs which were featured on compilations, and an entire album, which was never released. Some songs have later appeared on Chris' solo releases.

In 2020, Budgie affiniado, Chris Pike wrote the official biography of Budgie guitarist Tony Bourge. A CD with some of Tony's solo recordings is featured with the book, but Chris also wanted to feature an original composition as a tribute to Tony. After some going back and forth, it became two songs. On instrumental track recorded by janne and drummer Peter "TrumPeter" Avensson and one vocal track "Rocking Man (With An Axe To Grind)" featuring John Gallagher from the band Raven on bass and vocals, Janne on guitar and Peter on drums.